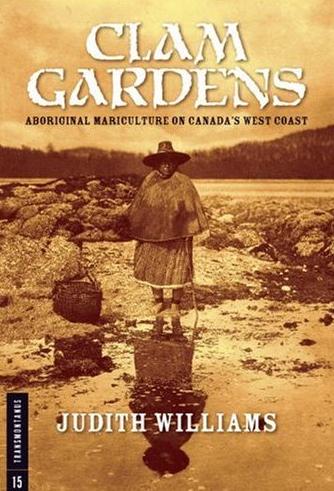 OTTAWA, June 8, 2007 – The Editors' Association of Canada (EAC) is pleased to announce that the 2006 winner of the Tom Fairley Award for Editorial Excellence is Audrey McClellan of Victoria, BC, for her work on Judith Williams's controversial book, Clam Gardens: Aboriginal Mariculture on Canada's West Coast.

Working with what Carellin Brook, managing editor of New Star Books, describes as resembling "notes rather than a book," McClellan stayed true to the publisher's mandate: work closely with Williams to produce a book of a specific length, while focusing on structure and style. The Tom Fairley Award panel praised McClellan's dedication and sensitivity to a controversial book that challenges the very notion of pre-contact West Coast indigenous peoples as hunter gatherers alone, theorizing instead that they were farmers who cultivated clams and plants, and preserved food for subsistence.

The panel also congratulated McClellan for her part in turning what could have easily been a simple academic study of a theory in aboriginal studies into something of a "quest" narrative. The finished book successfully conveyed Williams's passion, with McClellan guiding and focusing the author in communicating her scientific thoughts and ideas, while still maintaining her very strong opinions.

"I'd query something, asking why she was so excited about what seemed to be an obvious or insignificant detail, and she'd respond that it was a new or controversial take on a fact," explains McClellan. "By asking her about it, I was able to suggest ways to bring out the significance and the beauty of the clam gardens."

Clam Gardens "is a true collaboration between a writer and her editor," writes publisher Rolf Maurer in support of McClellan's nomination. "Yet Audrey's work is completely invisible to the reader, as it should be: highly professional, and seamless, editing."

The Tom Fairley Award panel is pleased to congratulate Audrey McClellan for her success with this project and for exemplifying excellence in editing for a work published in 2006. Judges for the 2006 Tom Fairley Award for Editorial Excellence were 2005 winner Frank Condron (Toronto, Ontario) and EAC members Christine Hastie (St-Bruno, Quebec) and Peter Midgley (Edmonton, Alberta). Frank Condron is a published author and magazine editor for Rogers Media Inc. Christine Hastie writes and edits for web and print publication for Communications and Public Affairs at the Canadian Space Agency. Peter Midgley is the managing editor of the University of Alberta Press.