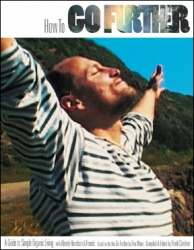 Frank Condron. How to Go Further: A Guide to Simple Organic Living with Woody Harrelson and Friends. Warwick Publishing Group, 2005.

VANCOUVER, June 21, 2006 – The Editors' Association of Canada (EAC) is pleased to announce that this year's winner of the Tom Fairley Award for Editorial Excellence is Frank Condron of Toronto, Ontario, for his work on the book How to Go Further: A Guide to Simple Organic Living with Woody Harrelson and Friends.

The Tom Fairley Award panel praised Condron's extensive work on this complex project. To produce this print record of the messages delivered by Woody Harrelson and friends during their 2001 Simple Organic Living (SOL) Tour, Condron combed through mountains of transcripts from tour appearances and parking lot conversations, notes written by various participants and Ron Mann's 2003 Toronto Film Festival hit documentary about the tour, also called Go Further. From this mountain of material, Condron isolated the major themes and organized disparate narratives into a collection of focused essays on organic and raw-food diets, alternative energy, yoga and political activism while carefully preserving Harrelson's voice and the voices of other contributors on tour.

In addition, and with the help of Ron Mann and a photo loupe, he scanned the entire footage from the Go Further documentary to choose and isolate frames for use in illustrating the book. He also tracked down and acquired unique images from the other contributing authors.

This monumental task was set in motion by Nick Pitt of Warwick Publishing Group in Toronto, who, after seeing the documentary film, had the vision to commission Condron to edit the book and who wholeheartedly supported Condron's nomination for the Tom Fairley Award.

The Tom Fairley Award panel is pleased to congratulate Frank Condron for his success with this project and for exemplifying excellence in editing for a work published in 2005. Judges for the 2005 Tom Fairley Award for Editorial Excellence were 2004 winner Valerie Wyatt (Victoria) and EAC members Ann Fothergill-Brown (Eastern Ontario) and John Eerkes-Medrano (Victoria).